Who will be "The King" of Memphis?

Share All sharing options for: Who will be "The King" of Memphis? 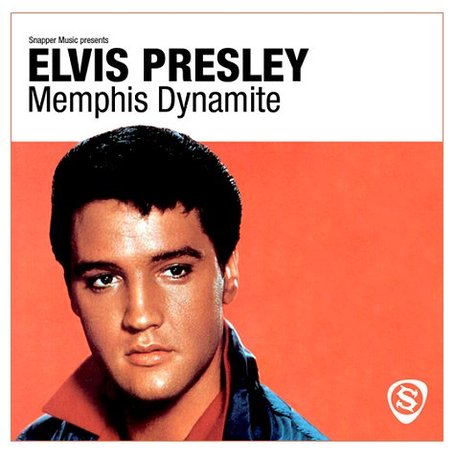 We will call this the "lottery pick" bracket.  A number of certain NBA "lottery picks" will be invading Elvis's home town on a mission to capture the South Regional Championship.  A further investigation ensues with a revealing of another Final Four bid...

This bracket's region will feature the (cue the music) first action of the NCAA Tournament with two teams that won their respective conference's regular season title, Butler (Horizon) and LSU (SEC).  We still see the ghosts of AJ Graves and his Butler Bulldogs, so it seems only fitting to write "But" on the second round line, right below UNC (no sense in writing about a Reservoir Dog's-type ending between UNC and Radford).

Want to watch a barnburner?  Tune into Western Kentucky taking on the Fightin' Illini of Illinois.  The balance of WKU will be enough to breakdown the stingy defense of Illnois in a low scoring 52-50-esque manor.  In another blowout, the Gonzaga Bulldogs deliver a "tournament savvy" victory over the Akron Zips.  The Zags are now so "tournament savvy" under Mark Few, Jeremy Pargo and Co. will have enough talent alone to march into the Sweet 16.

Miami will be kind to Syracuse and Arizona State in the first round but a "zone defense" battle in the second and the Orange prevail.  After all, Jim Boeheim has been coaching the 2-3 zone with "mantaman" principles for more than 30 years in Upstate New York.  He probably has some knowledge on how to break it down, welcome to the Sweet Sixteen, Syracuse Orange.

We're allowing a pass for the Oklahoma Sooners based on overall "body of work."  The Sooners have lost five games all year BUT four of them came in the last six games.  Not a good time to be slumping but it should be enough to emerge over the Clemson Tigers and their pressure defense.

You want "lottery picks?"  How about the reps that will carry their teams into the Sweet Sixteen, Ty Lawson (UNC), Jonny Flynn ('Cuse), Blake Griffin (Oklahoma) and Jeremy Pargo (Gonzaga)...Okay, Pargo is a "push" but still that's some good talent.  UNC is on a mission, returning at lest three players that could have been making seven figs.  In a battle of the "psych's" (Psycho T vs. Psychedelic Josh), we see the one who isn't floating in an open field in Washington prevailing.

Syracuse showed too much fight in the Big East Tournament to be sent away without a fit.  Jonny Flynn's willpower might be enough to propel the Orange past the Oklahoma Sooners and onto a battle with the UNC Tar Heels.  Blake Griffin will be neutralized by the zone of the Orange and Flynn will put too much pressure on Willie Warren for Warren to get Griffin the ball.  Syracuse can play in Memphis too, did we mention that?

The Elite Eight stage will be for two of the hottest point guards in the college game, Jonny Flynn and Ty Lawson.  Flynn and Lawson are mirror images of each other so the championship of the South Regional will be determined by the surrounding cast.  As a 'Cuse fan, it is hard to say but Tyler Hansbrough is dominant enough to send Syracuse's undisciplined front line to the bench with foul trouble.  That is what he (Hansbrough) does and yes, it is very annoying.  From that point, the flood gates will open and UNC will prove why they were the Preseason #1 team in the country.

Congrats, the UNC Tar Heels get a step closer  to the championship with the "King of Memphis" South Region Championship.