Riding high and the #1's Roll

Share All sharing options for: Riding high and the #1's Roll 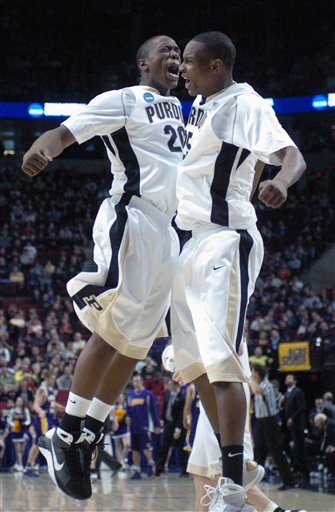 The afternoon held very little excitement, a lot less than indicated by the Purdue players above.  In the two games with questionable outcome possibility, only one managed to be worthy of a two hour time slot on national television.  Two of the top teams defeated obliterated JV Division I programs.