Sean Miller to coach against Pitt, alma mater in Sweet 16

Share All sharing options for: Sean Miller to coach against Pitt, alma mater in Sweet 16 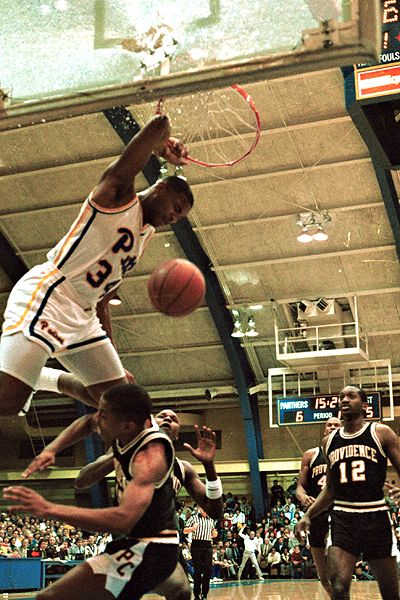 With hours of print and television coverage needed to be filled leading up to Thursday's third round action, plan on hearing a fair amount about Xavier Head Coach Sean Miller and his Pitt connection.  Miller was a Panther point guard from 1987 - 1992, he's from the area, and also dished the pass to Jerome Lane, which resulted in a shattered backboard and the famous "SEND IT IN JEROME!" from Bill Raftery.  If Jamie Dixon ever bolts for a new gig, it's probable Miller would replace him.  Now you know, and we can move on.

In terms of the actual players playing the game, how they got to this point was a bit unexpected.  Pitt struggled to shake off #16 seed East Tennessee State, and needed 32 from Sam Young to nudge past  an equally tough and physical Oklahoma State team.

Xavier was probably dreading the Toney Douglas show in the second round, but instead got the nearly forgotten Wisconsin Badgers.  That game was what you would expect:: a  grind it out, possession-by-possession game that was fairly boring to the common fan.  It was 11-10 mid way through the first half.