Andy Katz: John Calipari to be next Kentucky coach

Share All sharing options for: Andy Katz: John Calipari to be next Kentucky coach 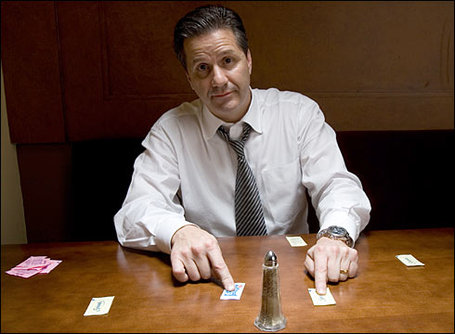 Andy Katz does not lie, so it appears that John Calipari will be next coach at Kentucky. It's the most logical move for the university, and for Calipari; he loves attention, is a winner but also an asshole, and possesses the innate ability to describe his dribble-drive-motion offense using various kitchen accessories and condiments.  Whether or not he will sucessfully implement the quick-hitting philosophy into a program that has recently gone bland remains to be seen.

Right now, the years and dollars being thrown around are near mind-boggling: 8 years for $35 million.  If that's so, it would make him the game's highest paid coach surpassing Billy Donovan.

UK's fan base is one of the most enjoyable to observe, so I would suggest browsing WLXG.com, TheCatsDomain.com, or the CatsPause if you're a RIvals member.

And of course keep up on A Sea of Blue, SBNation's UK blog.

More on this as it is made available.