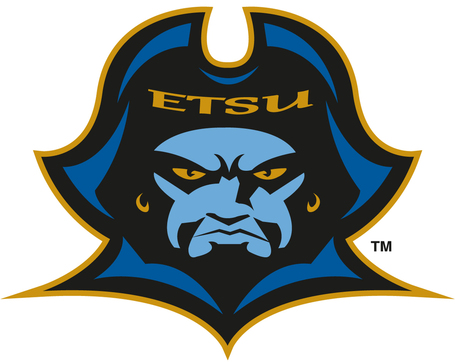 Leading nearly the whole way with little resistance, ETSU clinched their first tourney berth since 2004 today over Jacksonville -- and first ever as a member of the Atlantic Sun Conference.  You may remember back in '03 when they were led by 5'9" guard Tim Smith, and nearly upset #2 Wake Forest.

The 2008-2009 Bucs three victories en route to the title had an average scoring margin of 15 points, but don't seem to pose a real threat this time around.

A quick rundown on them after the jump, but, let's be honest, this team is a quick out.

Projected Seed: 15; thanks for coming, enjoy your free gear.