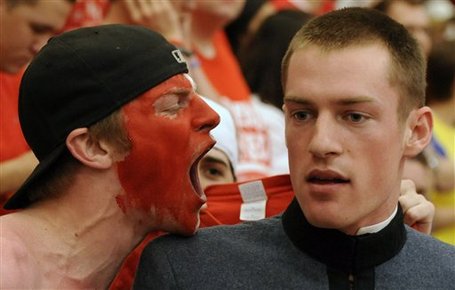 A bit of a surprise here, as your Big South winners are the Radford Highlanders. Today they knocked off the Holmes twins and VMI.

Radford is making their first appearance since 1998, when they had the pleasure of playing Duke.  They got smacked around, of course, but are back for more 11 years later.

A quick rundown on them after the jump.

Projected Seed: 15; hey, it would be an improvement from their last appearance back in '98