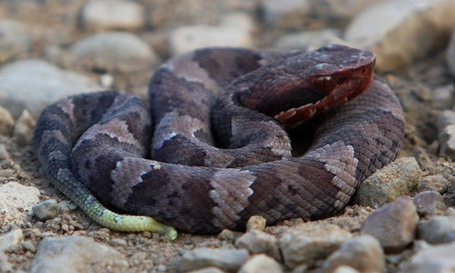 First things first, we need to address the nickname...what is a Moc?

Well, you see, moc is short for Water Moccasins -- the original school nickname coined after the world's only semiaquatic viper. But now "Moc" has becoming short for Mockingbird, the Tennessee state bird.  The school logo depicts a choo-choo train however, which is in reference to the Chattanooga train museum trapped in a Holiday Inn.

Despite all this, Chattanooga is in the slightly unenviable postion as the team who will appear in place of America's favorite SoCon team: the Davidson Wildcats.  But hey, they could care less about the collective feelings of an entire country, they're dancing!

A bit on these dangerous snakes after the jump.

Projected Seed:  14; like their offensive game, but an underdog rarely wins without playing defense.