Share All sharing options for: Your UNC - Villanova match-up preview 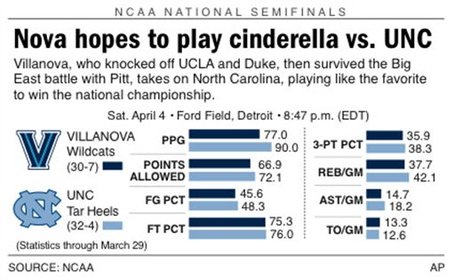 So who's going to win?  North Carolina can't get this far and blow it once again...right? Nah we don't think so, as Lawson continues his great tournament run, Danny Green has a spectacular game, and Ed Davis steps up big by logging a double-double.

***For more statistical analysis on this Final Four match-up, check out StatSheet.com