Ladies report to the dance floor, Ricky Rubio is officially coming to America!

Share All sharing options for: Ladies report to the dance floor, Ricky Rubio is officially coming to America! 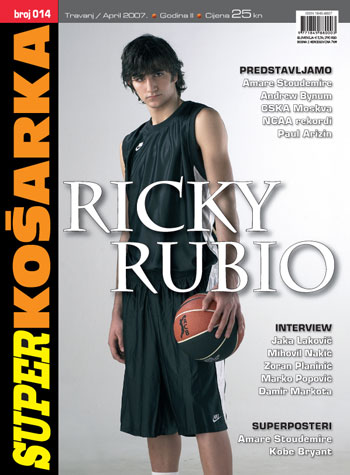 We were all but certain for the past year or so that Spanish stud Ricky Rubio would declare for this spring's NBA Draft, and today it was made official. Yes Wizards, Clippers and Thunder fans, we're looking at you!

At only 18-years-old, the precocious Rubio was the back-up point guard for Spain, who of course took home the silver medal in this summer's Olympics. During that time we assume that Rubio and fellow Spaniard heartthrob Marc Gasol Rudy Fernandez enjoyed each other's company, comparing notes on being trendy and what American women deemed cool.

Many laud Rubio's exceptional ball handling and teriffic court vision, while some scouts have noticed a style of play and attitude that just might be a bit too cocky at times.

Rubio plays for the Spanish club team DKV Joventut, averaging 9.9 points a game. Joventut is a member of the Euroleague, along with Brandon Jennings' Lottomatica Roma.  But in case you were wondering, the two never really went toe-to-toe, however.  In their first meeting Jennings was limited to only 16 minutes (on 0-4 shooting) and Rubio logged a DNP in the second game.