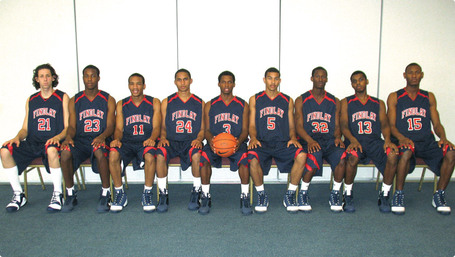 But Findlay Prep (led by Texas commit Avery Bradley) isn't really a school, and the ESPN Rise Invitational isn't really about crowing a national champion, as Phil Taylor outlines in this week's issue of Sports Illustrated.  The "school" has an enrollment of eight, all who play on the basketball team. Prep's bankroller is Cliff Findlay, a Las Vegas area car-sales guru.  This all sounds funky right?

Taylor explores the problems these independent schools create, especially when ESPN touts them as the nation's elite:

Some high school coaches also have concerns about the NHSI, although they hesitate to voice them publicly for fear of alienating powerful forces such as ESPN and Nike. "It's good programming for ESPN, but is it good for high school basketball as a whole?" asked one coach in attendance. "Are you going to be able to convince your best player to stay and try for a state title when he has a chance to transfer to one of these places where they get on TV and play for the ESPN championship or the Nike championship? I don't want to see more of these independent programs popping up to skim off the best talent from the regular high schools."

I remember when the AAU circuit got bashed for promoting selfish play and dirty recruiting tactics. Oh those were the good old days.