Share All sharing options for: The Renardo Sidney signing smells a little funky 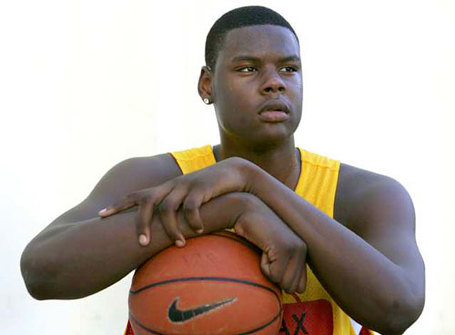 So Renardo Sidney, the second ranked power forward in the 2010 according to Scout.com, signed with Mississippi State today.  Blah blah,  A great pick-up for the SEC school -- especially if shot-blocking stud Jarvais Varnado decides to come back for his senior season.

The real story here is what transpired over the past few months, as both USC and UCLA decided to suddenly stop recruiting the Fairfax product; the Trojans even getting a verbal committment from Sidney.

He's orignially from Jackson, Mississippi so the Bulldogs were presumably on his radar all along.  But it's intersting to see two top Pac-10 schools back out with no real reason given.