Nick Calathes cuts out the middle-man, signs on to play in Greece

Share All sharing options for: Nick Calathes cuts out the middle-man, signs on to play in Greece 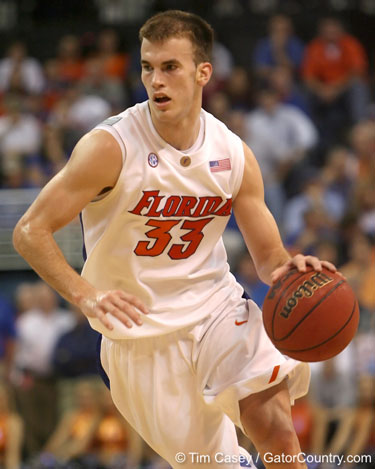 No need to go through the tireless process of snagging a spot in the second round of the NBA Draft, Nick Calathes apparently knows his place in the professional basketball landscape.  The former Gator guard is bypassing all hope at a hoops career stateside, for now, and will reportedly play next season in Greece, according to the Orlando Sentinel.

The report says that Calathes has signed a $1.1 million deal with Panathinaikos, which, if you're scoring at home, has won the Greek A1 League title every season dating back to 1998.

Now, I really, really like this shrewdly played move by Calathes.  So often we see guys believe there is an immediate need for them in the NBA, when clearly there is not.  I do think that Calathes could have been given a roster spot by some team, but the chance to head overseas, get paid handsomely, and get substantial playing time in an exotic European locale sounds like a much wiser decision.

It's too bad for Florida basketball and Billy Donovan, but money talks and it's just another case that shows the distance between the US and EU is seemingly shrinking in the minds of these young athletes.