Share All sharing options for: Searching For: Wayne Turner

Google the common name of "Wayne Turner," and you yield a bevy of wide-ranging results.

But as you would expect, for all intents and purposes of this blog, the Wayne Turner we are interested in is the former University of Kentucky point guard who drove the ship in Lexington en route to two national titles in the late 90s. 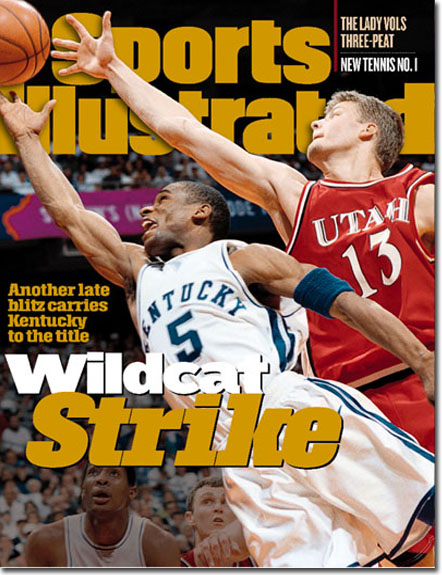 A 1995 McDonald's All-American his senior year at Beaver Country Day in Brookline, Mass., Turner went south and dished out 494 assists in his illustrious career under Rick Pitino and Tubby Smith.  Playing alongside guys future NBA notables Saul Smith Antoine Walker, Ron Mercer, Walter McCarty, Tony Delk, Derek Anderson, Nazr Mohammed and Jamaal Magloire, Turner had to have set some sort of record for future pros played with while in college. That record I am unsure about, but Turner does in fact hold the record for most career games played with 151. This is great news to me, because it seems like something Tyler Hansbrough would smugly hold claim to.

After college, Turner was swiftly backhanded by reality.  After joining Pitino in Boston (along with nearly every aforementioned player) Turner appeared in only three games, and logged just one made field goal, before his time in The League was up.  He went here and there, most notably a brief stint with the Harlem Globetrotters.  At last check is back where he started - in Kentucky playing for the Eastern Kentucky Miners.

Turner is not all forgotten though.  Newly minted coach John Calipari has already gotten Turner to return to campus and complete his degree and work with the current  team as they prepare to live up to the enormous expectations already being placed on them.  Perhaps he can convince John Wall to set the goal of donning the royal blue UK jersey...for a record 152 games.