Memphis basketball responding to a "major violation" allegation by NCAA

Share All sharing options for: Memphis basketball responding to a "major violation" allegation by NCAA 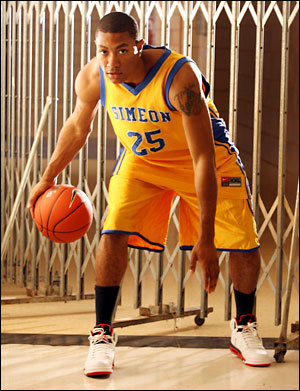 Did Derrick Rose cheat on his SAT?  That's what you can deduce from a breaking news report via the Memphis Commercial Appeal this evening.  The paper has obtained a document from the NCAA to the University of Memphis, dated January 16 of this year, outlining infractions against the school's athletic department, most pertinently the basketball program.

"The wording of the report indicates the player in question only competed during the 2007-08 season and the 2008 NCAA tournament. The player's name was redacted in the report due to privacy laws"

Yeah, I would say that basically narrows our choices down to none other than your 2009 NBA Rookie of the Year. The letter from the NCAA says that someone took the SAT for [PLAYER] with the [PLAYER's] knowledge.

Yes, that damn quadratic equation was a pain for me to understand as well.

If the Tigers are penalized, the team would likely have to vacate their 38 wins and memorable 2007-2008 season, and John Calipari would have to quickly build an impenetrable wall around his new home

More as it happens...