Our own Mock Draft: The Worst Off-Season Moves

Share All sharing options for: Our own Mock Draft: The Worst Off-Season Moves 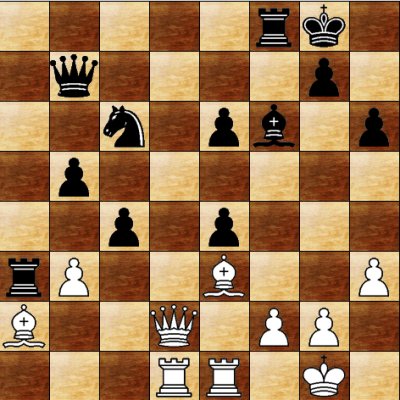 There's a lot of guessing going on with who will go where and when and why during Thursday's NBA Draft.  No need for that here.  It's a fairly crappy draft, and outside of the top three, many of the players look the same to us.  We have deferred this analysis for others, sticking solely to our game and what we have seen develop so far this off-season.

5. Lance Stephenson still looking for a home
Lance Stephenson is dumb. As one of the most decorated players in New York City prep ball history, Stephenson had his pick of a bevy of heavy hitters in the college basketball world. To date, Stephenson has balked on his trip across the pond to play professionally. He has been accused of groping a 17 year old girl and is awaiting his hearing. His father is a menace to coaches on the sidelines and Stephenson is literally and figuratively "dumb," academic eligibility is in question. Wait, academic eligibility is in question? Is that why Memphis is really the only program still blowing up Stephenson's celly?

4. Devo and Paul Harris play puff puff pass, then enter the NBA Draft
Syracuse's Eric Devendorf and Paul Harris had a "brain-storming" session in early April, and the resulting decision was tragically never second guessed. The level of THC was not measured during said brain-storming but we're pretty certain that Krayzie Bone did not chime through their AIWA stereo and preach to them of the royalties to come in the NBA. These two tatted up, "one trick ponies" have ZERO chance of hearing their name called by any NBA team on Thursday night. Devendorf is too annoying and Harris is a 6'5 brick-house without a jump shot. Should any NBA Scout even be familiar with these two knuckleheads, he/she should probably be fired immediately.

3. Look! There's a child manning the Memphis sidelines
Seems like the remaining Tiger players and new coach have all chipped in for the industrial pack of Advil from Costco. It will be needed. The true "King of Memphis" left the program and all the recruits split as well. John Calipari left just before the academic injustice sh*t-storm walked into Memphis. Josh Pastner, 31, now takes over a program that may be facing some penalties, or at least a hit on their swagger. C-USA may now become as irrelevant as the America East Conference, a play-in game/one bid league.

2. Meeks gambles to inherit millions
Jodie Meeks, the deadly downtown assassin, has declared himself for the NBA Draft. Now on the surface, it seems like a logical decision for the kid who dropped 54 points on the Tennessee Vols but for college basketball fanatics, we have lost a chance to see the most exciting pre-season reach the status and hype of the Fab Five or LJ and Stacey Aug's Runnin'Reb's. John Calipari steps into Lexington with #1 recruit John Wall and inherits big man Patrick Patterson, had Meeks stayed the certainty of bringing the nets back to UK seemed inevitable. We will tip out cap to Meeks, grudgingly.

University of Southern California, oh how the sun does not shine down on thee. Two years ago Tim Floyd signed OJ Mayo and it was only a matter of time before the truth would be revealed. During Mayo's one year stay at USC, it has been confirmed that Floyd arranged for improper benefits be paid to the young stud. Floyd resigned and the roster of the Trojans has suffered the loss of three key underclassmen, DeMar DeRozan, Daniel Hackett and Taj Gibson. Hey, at least they still have Lil' Romeo. USC has since hired Lute Olsen's replacement at Arizona, Kevin O'Neill. O'Neill apparently "knows" the game but according to former Wildcat players, oil and water don't mix. We might as well throw in the fact that a former USC player was picked up this past week on an alleged car hijacking charge. Can Will Ferrell please do a funnyordie.com skit on this toilet bowl program?