Share All sharing options for: Assigned Reading: The Assist 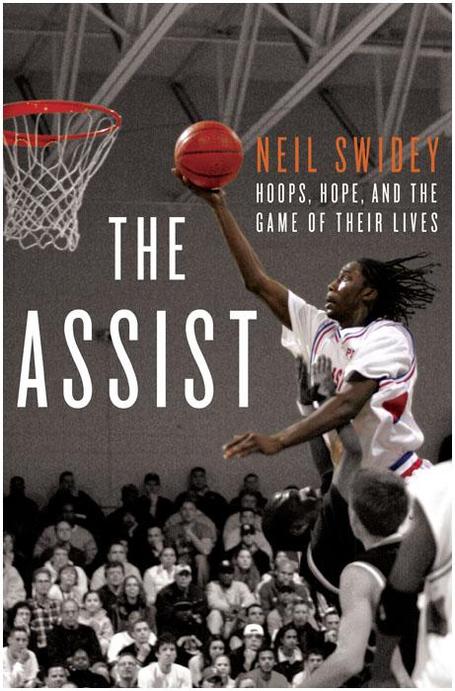 To say that Neil Swidey's "The Assist" is strictly about basketball would be deceptive. And to say that it just touches on many the socio-economic issues surrounding Boston's public schools would be a huge understatement for those familiar with the book's premise.

For the Boston Globe Magazine writer, this book, Swidey's first, is a dissection into the inner-workings of the Charlestown High School basketball program, a powerhouse headed up by local legend Jack O'Brien. He's part tyrant, part nurturing father figure and likely the most revered high school coach of his generation in Greater Boston.  Learn about his past and you realize he truly was born to be a high school basketball coach, but not in a leafy town with high property taxes.  O'Brien has an innate skill in motivating players to overachieve and keep them from veering off the track that leads to a college education. (note: O'Brien "sort of" stepped down from the position in 2008 after five state championships this decade).

Swidey was given full access to the Townies (who actually prefer the nickname Riders) basketball team and select school administrators for two full basketball seasons from 2004-2006.  The book provides unbelievable insight and depth of its main characters who are learning that while it's only a game, basketball can be used as a springboard to sever ties with the rough neighborhoods these players come from.

Public schools in Boston proper, it should be noted, are atypical; students who live within the city limits are spread out to one of the 16 public schools when they become freshman.  Locally this attempt at desegregation is a huge issue, and when first implemented back in the 70s caused riots and essentially worsened racial tensions in the area even though it was intended to integrate white and black students.  Today, opponents of the idea cite fractured communities and financial issues, as the program allows under-privileged kids in specific Boston neighborhoods to attend a public school outside of their district. Charlestown, although a top basketball program in the city, isn't exactly swelling up its residents with pride due to their successes.  Many of the players come from the high-crime areas of Dorchester and Roxbury, traveling across the city via multiple forms of public transportation just to get to class. They live up to eight miles, and a world away, from the school they attend - consistent with many others in the public school system. Charlestown is also fast becoming gentrified,  populated with twentysomethings, trendy restaurants, and boutique shops.  They have displaced many of the low-class Irish families who first settled in this area of Boston, which is located along the Charles and Mystic Rivers.

I could continue this "book report" by divulging the make-up of the players, their families and their gang-ties, but I won't.  I suggest if you have a weekend at the beach the summer you pick up a copy of this book beforehand. You'll see a different side of amateur athletics, one that doesn't investigate the flawed AAU system, criticize street agents, or discuss the shady ways a five-star recruit can be lured to an elite college basketball program.