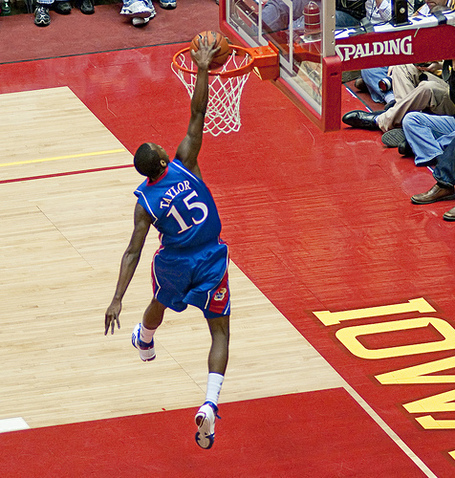 There's some in-fighting going on between children who are fortunate enough to go to college for free in Lawrence, Kansas.  Tyshawn Taylor, who is going to be a key cog this upcoming season for the Jayhawks, dislocated his left thumb last night as part of a "skirmish" between football and basketball players.  Now he will be out for 3-4 weeks.

Sounds fairly odd, as you would expect the immortals on our college campuses to chum it up and walk with a limp, together, from classroom to classroom. Apparently we are naive.

Taylor's Facebook profile had been providing clues to the increasing drama between both sides over the past few days. The following are some of his recent and profound status updates:

"keep my name out ya’ mouth for you get smacked in it,"

And then shortly after the altercation...

"I got a dislocated finger ..from throwing a punch ..so don’t let the news paper gas yall up aite."