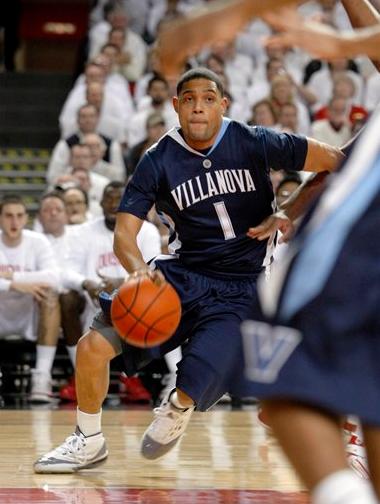 Was it the combined 66 personal fouls, 42 turnovers (many coming in sequences of three and four at a time), or the fact that it almost prevented us from seeing the first half of the Bedlam Game? I'll go with the latter. It took 157 minutes to play, and when it was over the tipping point to insanity had been reached. We're all happy Villanova's 92-84 come-from-behind victory against Louisville is over, but they still might be still shooting free throws at Freedom Hall.

It's too bad this whiteout game caused me to blackout by the final buzzer. At intervals in the first half, the Wildcats played like seventh graders seeing a full court press for the first time. Reggie Redding had seven turnovers, and just two points on 0-7 shooting. The Cardinals, incompetent at closing a team out, shot 31 percent from the floor despite ample opportunities for easy baskets in transition. Basketball Prospectus's John Gasaway tweeted to ESPN's Fran Fraschilla: Fran, it was the slowest 80-possession game I've ever seen. Succinctly, that's the best way to explain it.

Lost in all the poor play was an outstanding 36-point performance from Scottie Reynolds . A one-man press break, Reynolds poured in 30 in the second half, including his team's final 16, after realizing his teammates were not prepared for the Cardinals aggressive full-court press. The guy is a man, we should be thankful he stuck around for his senior season.