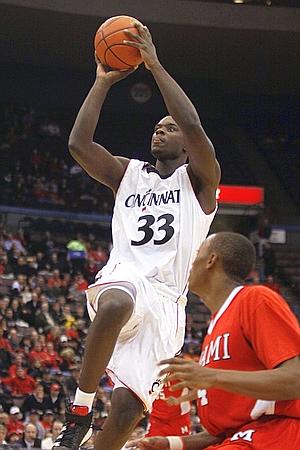 Could Lance Stephenson be maturing into a well-rounded young man in The Queen City? That's what's happening according to a piece by SI.com's and Cincinnati Enquirer columnist Paul Daugherty. After getting too-much respect and feeling coddled in NYC, Stephenson has become more grounded in the Mid-West and his decision to play for Mick Cronin has been a great move for all parties.

Many were worried Stephenson would cause problems as a college player. He already had a bunch of webisodes produced about his high school career, dealt with sexual assault charges, and was the latest Lincoln High School product to do work on the City's High School circuit. Stephenson won four state titles in four years and left as Lincoln's all-time leading scorer, the same school that  produced Kenny Anderson, Stephon Marbury, and Sebastian Telfair. Basically we were all led to believe that Lance loved to stroke his own ego, but he may me maturing at UC.

The Bearcats leading scorer, Stephenson is a likely one-and-done but could lead the Bearcats to their first NCAA Tournament berth since 2005.