Why you don't want to play Cornell in the NCAA Tournament

Share All sharing options for: Why you don't want to play Cornell in the NCAA Tournament 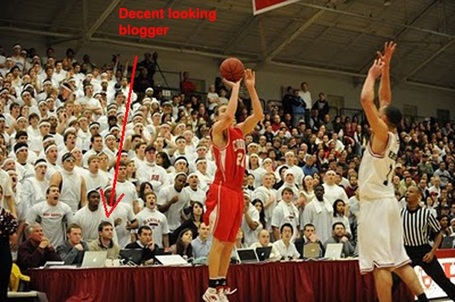 I took in Harvard - Cornell last night, and am now a premium subscriber to the Big Red. Pete Thamel of the New York Times was to my left on press row, and it was great to get his take on this team since, he knows a ton about them.

Some have offered their support for Cornell (with an astounding nine seniors!) as an at-large bid in the event they somehow were to lose the Ivy. Not needed. This team appears locked in after defeating their two biggest competitors, Harvard and Princeton, in the last week.

As for seeding in the tournament, 12 sounds about right. Potential five seeds beware. Here's why: