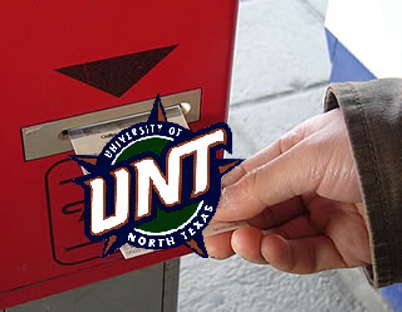 The North Texas Mean Green. Sounds more like a mediocre AAU program, or even a 9-year old Little League team, for the Sun Belt Conference champions. But Johnny Jones' kids don't care, they're dancin' like it's 2007. Efficiency from big men George Odufuwa (61FG%) and Eric Tramiel (56FG%) as well as an experienced  backcourt led the Mean Green on an undefeated February run, giving them plenty of momentum to sweep through the conference tournament.

With the 6'8'' Odufuwa being the tallest player, North Texas could struggle against a top seed with good size. The Mean Green are rather friendly on defense also allowing 69PPG. They have always countered a porous defense with four players averaging in double figures, but everybody (besides VMI) knows defense really matters in March.

To have a chance at an upset, North Texas guards will have to be blazing from beyond the arc. Josh White and Tristan Thompson both shoot 40% from downtown...it'll have to be 60% for a first round win.

Get an in depth look at the North Texas Mean Green at StatSheet.com.