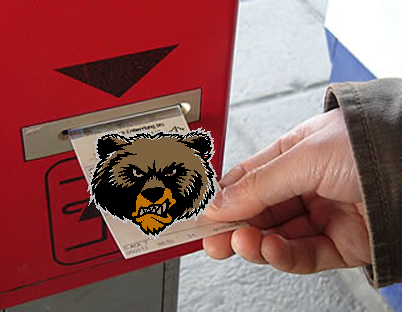 Down twenty points at halftime, Montana looked ready to roll over and die. But then, at the 19-minute mark in the second-half, Grizzlies' guard Anthony Johnson sprouted two inches to 6'5'', switched to number 24, developed an unequivocal killer instinct and an immunity to missed shots, thereby morphing into the Kobe Bryant for one unforgettable half of basketball. Riding Bryant's Johnson's 34-point second half performance, the Montana Grizzlies overcame the monster deficit, topping Weber State 66-65 and vaulting into the field of 65. Even Harold "The Show" Arceneaux would be mightily impressed.

It will be Montana's first trip to the NCAA tournament since 2006 when they pulled off a first round upset over Nevada. This year's Grizzlies squad have great size down low and multiple long-range shooting threats. While they have ball skills that rival weekend YMCA stars, seven-footers Brian Qvale and Derek Selvig are both proficient rebounders and deft at altering shots by driving guards. With a team Assist/Turnover Ratio a mediocre 1/1, Montana's ball-handling and passing must improve.

While there is no doubt that their first round opponent will have superior athleticism, Montana has the big guys and the star to scare any top seed.

Get even more knowledge on the Montana Grizzlies by visiting StatSheet.com