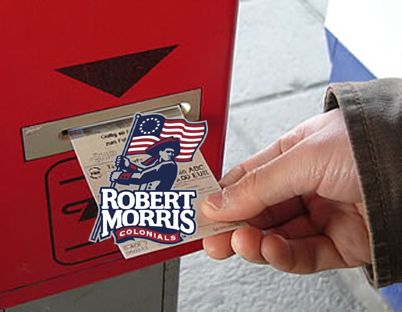 After besting rival Quinnipiac on Wednesday night, the Colonials will be making the trip to the Big Dance for the second consecutive season. It has been a roller coaster of a year for Mike Rice Jr. who had to revamp his team after losing two of the top four scorers to graduation. His savior? That would be Karon Abraham, the diminutive freshman point guard and the team's leading scorer. During a miserable 4-7 start to the season, which included a deplorable loss to 7-25 Albany, Abraham bided his time coming off the bench, scoring in bunches in nearly every game to force Coach Rice to plug him into the starting line-up. Game twelve was the turning point for Abraham and the season for Robert Morris. A go-ahead jumper in the last minute by the 5'9'' sparkplug propelled the Colonials to victory and ignited a stretch of 19 wins in 23 games.

Outside of the 23-11 record, Robert Morris looks very average statistically. A 1/1.2 Assist/Turnover Ratio, 43%FG, 66%FT, and 36% from 3-PT all point to a team that lacks real strength offensively. They are 177th nationwide in rebounding, which could pose problems if they get matched up with a Kentucky or Duke team with a bevy of guys that clean the glass.

What Abraham lacks in experience, he makes up with toughness and aggression. The Colonials experience comes from a core of seniors who made the tourney run last year in Rob Robinson, Mezie Nwigwe, and Jimmy Langhurst.

For more on the Robert Morris Colonials, please visit StatSheet.com.