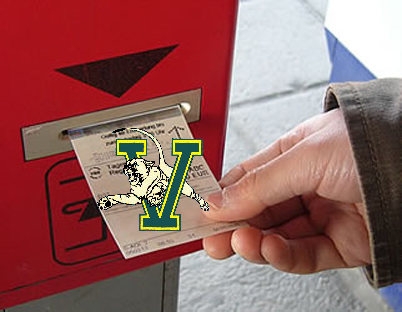 One of the more likable teams in college basketball returns to the field of 65, as Vermont is your America East rep. for the first time since 2005. You remember they had some fun during that go around.

The Catamonunts were expected to run through conference play this season, but with four losses they ended up finshing second in the regular season to Stony Brook. They're a good team for sure, but played a fairly weak schedule (# 303 SOS), as their toughest non-conference game was a loss to Cornell. They also took an "L" to Providence but - if you care - did steal a victory against Rutgers at The RAC back in November.

What should we expect out of this club in the tournament? A healthy dose of Marqus Blakely. The 6'5" senior forward is an athletic freak of nature by America East standards, and can matchup with the most versatible players in the country. This team is also playing with a heavy heart, as junior Evan Fjeld (who has started all 34 games this season) tragically lost his mother to cancer on Tuesday.

Get more knowledge on the Vermont Catamounts at StatSheet.com.