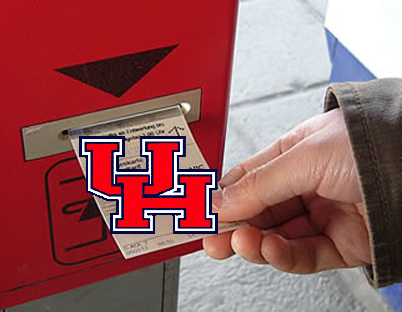 To the casual college basketball fan, Aubrey Coleman is an unknown commodity. To dorks like me, he was the mysterious guard who led the country in scoring, on a team who I was unable to watch play because Conference USA basketball is not valued by the big wigs at sports TV networks. Fair enough.

Coleman may have struggled mightily yesterday (13 points on 4-20 from the field) but the Cougars shocked UTEP to steal a bid, and we all get to take a look at this guy who scored in double figures in every game this season, including nine 30+ point performances.

Do keep in mind that Tom Penders' club was unable to post an above .500 record in C-USA, so they really are nothing ore than an opportunistic team; one who caught fire right when they needed to.

This will be the Cougars first tourney berth since 1992. That tournament, they downed Texas to advance to the second round. The Longhorns coach at the time? Ironically, it was Mr. Penders.

There's plenty more on the Houston Cougars at StatSheet.com.