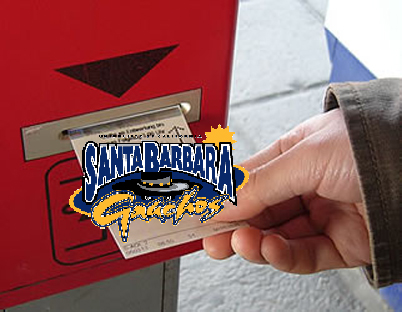 This is not Pat Forde's uni-watch, but typical gaucho game-wear can be seen here. UCSB will be making their first tourney appearance since 2002, and this is team has been on a roll winning nine of their last ten. The win that punched their ticket? A five point victory over Long Beach State, a team who beat UCSB by twenty in January.

Their leader is unquestionably Orlando Johnson. The 6'5'' red shirt sophomore has notched double figures scoring in every game this season shooting nearly 40% from deep. With starters ranging from 6'2'' to 6'7'', this is not a vertically blessed Gauchos squad. They were second to last in the Big West Conference in rebounds per game. While they lost the rebounding battle in the semifinals and finals of the tournament, it clearly didn't affect the outcome. This UCSB Team can be sure that the rebounding must be shored up against their first round opponent Ohio State.

One thing the Gauchos have that many small conference teams don't is a second legitimate scorer. James Nunnally has been that all year long for Santa Barbara, and came up big over the weekend averaging over 19 PPG in the Big West conference tournament.

Information like this and much more on the UC Santa Barbara Gauchos can be found at StatSheet.com.