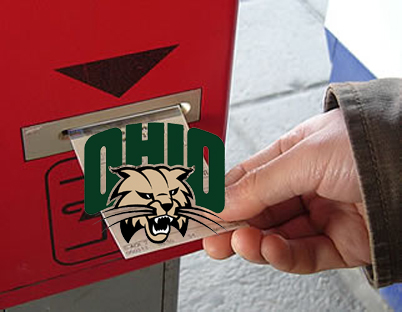 For all you conference tournament haters out there, I guess this is just more ammo for your argument. If you're one of those haters though, Coach John Groce and his Ohio Bobcats don't care about you because they are in the 'Big Dance'.  After finishing the regular season in ninth place, Ohio became the 'Cinderella' story of the MAC beating the first seed Kent State, Miami (Ohio), and then topping the two seed AK-Rowdy in overtime for a trip to their 12th NCAA tournament.

What people don't know is that Ohio had their own version of the Tennessee saga to contend with this year when two of their top six leading scorers, Steven Coleman and Jay Kinney were suspended indefinitely midway through the year. The Bobcats finally recovered and hit their stride when it mattered most. They boast four players who average double figures in scoring and they've got decent size on their front line 6'8''/6'10''.

With several scoring options, one would think that balance is what led Ohio to their surprise tournament birth. Not the case. Lately, for the Bobcats, it's been give the ball to Armon Basset, get the heck out of the way, and let him pour in 25+ every night.  They'll need an all-around effort to keep it close, and Basset (the former Indiana University recruit guard who bolted following the Kelvin Sampson saga) might need to go all Steph Curry on us for them to have any shot at a first-round win.

For more on the Ohio Bobcats, visit StatSheet.com.