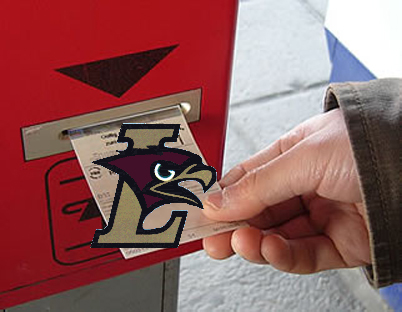 It's already starting. Just one day after being paired with top-seeded Kansas, local reporters and journalists in the valley region are already making note that in 2005, Patriot League champion Bucknell offed the mighty Jayhwaks in dramatic fashion. Yes, both the 2010 Mountain Hawks and 2005 Bison hail from the same small conference, but by no means can you draw parallels between their personnel. The Jayhawks will win...although these seven nuggets of info are like, really, really weird.

Lehigh, in short, is just happy to be here. Their trip to the Big Dance should be viewed as a reward for setting a program record with 22. We should take note of freshman C.J. McCollum. As the league's POY and top scorer among all newcomers in the country, McCollum will have the green light the entire game, and should offer a peek of what he capable of doing for the following three season. He is deadly from long range, and averaged 25 points a game during the team's final nine contests.

Get even more fun information on the Lehigh Mountain Hawks at StatSheet.com.