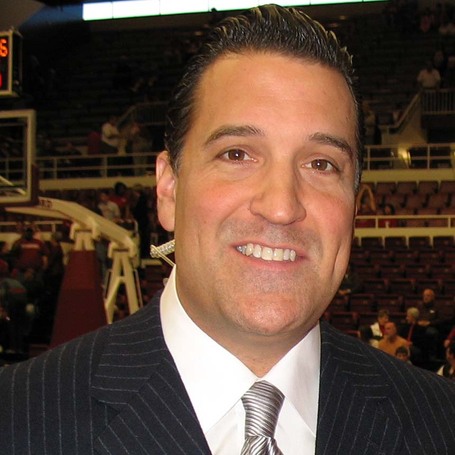 Former UCLA head coach and ESPN college basketball analyst has traded in his mic for the opportunity to spearhead a renaissance-like effort at St. John's, as today he was named the Red Storm's newest head coach. This news comes on the heels of Tubby Smith and Jamie Dixon reportedly being added to Oregon's wish list, along with the firing of Boston College's Al Skinner after 13 years as coach at Chestnut Hill. The coaching carousel is currently moving at a steady pace.

Lavin was a favorite in these parts. His eloquent language, odd references and polished appearance; dude was like a modern day Hemmingway with a full breadth and depth of hoops knowledge.

For a program that doesn't have a NCAA tournament victory since 2000, many have abhorred St. John's basketball as possessing any ability to return as an elite program. Their facilities stink, they're up against uber-tough competition in the Big East, and all those New York City kids aren't afraid travel far from the Big Apple to attend college. Blame cable television and the traveling team circuit that has blue chip players bouncing from coast-to-coast all spring and summer.

Lavin has a tough task ahead of him. He has to build a coaching staff of names that will carry weight in the living rooms of top players from each of the five boroughs. We wish him all the best but, because were selfish, also wouldn't mind having him return to TV in a few seasons.