Entering this weekend's play, Clemson, Louisville and Marquette have played their way in, while Florida and Mississippi St. are playing their way out. Also, Rhode Island moves off the .jpeg after losing to St. Bonaventure. They're also 0-4 against Dayton, Temple and Xavier. Tisk tisk Jim Baron.

Many think Saint Mary's will get an automatic berth, but with a 150 SOS and a 1-2 record against the RPI top 50, I'm not sold on them. Florida St. has quietly won four of their last five and are 11-2 against the RPI top 100. They're better than you think and should be dancing.

And as for UCONN, expect CBS to have a camera fixated to their team as they anxiously watch the Selection Show. 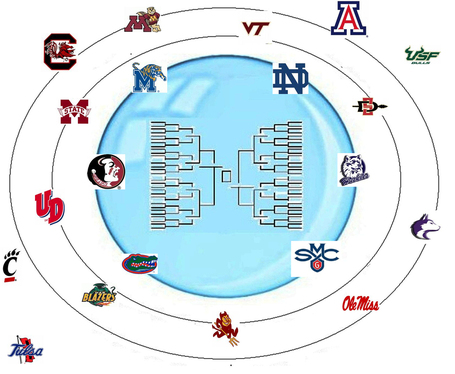