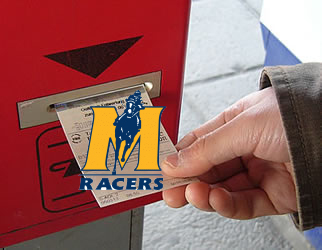 After cruising through the Ohio Valley Conference, Murray St. wins because of a balanced attack. Lake a look at this: 10.6, 10.5, 10.4, 10.4, 10.3, 9.5. Those are the scoring averages of the Racers top six players in terms of minutes. If you're a math guy, the median is just 0.12 above the average. Thus, to eliminate this team from the tournament it's likely going to take a well-rounded defensive effort that limits production inside and out.

The OVC hasn't had a team play past the first round of the tournament since way back in 1998. Something tells me this could turn into a trendy pick, especially if they're matched up against a poor defensive team.

Get the unabridged version of the Murray State Racers at StatSheet.com.