Share All sharing options for: Kevin Anderson steals A10 POY from Jordan Crawford 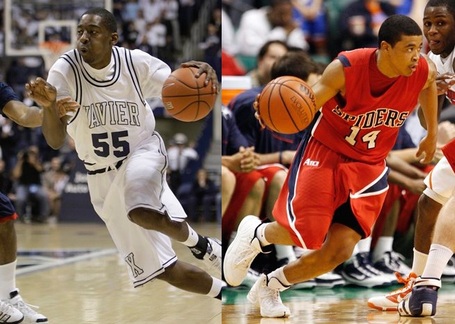 Congratulations to Richmond's Kevin Anderson for winning the Atlantic 10 POY today, but the coaches got it all wrong. Despite leading the Atlantic 10 in scoring, and boasting higher averages than Anderson in important statistical categories such as rebounding, 3pt percentage and assists, Jordan Crawford has been left to referencing J-Hova on twitter and telling everyone to calm down.

Sizing up the two guard's vitals, Crawford appears to be just a tad more deserving...err... I'm kidding, he absolutely deserves to be the POY. Heck, not only did he put up better numbers, he did it in five less minutes a game. He even dunked on LeBron James this summer! REMEMBER??!!

The A-10 hardware is official, but as the talking heads begin to release their regular season awards (here and here), it's pretty clear Anderson stole this one. Here's to hoping they square off in the conference semis on March 13th. They can settle it then.