A 96-team tournament in imminent

Share All sharing options for: A 96-team tournament in imminent 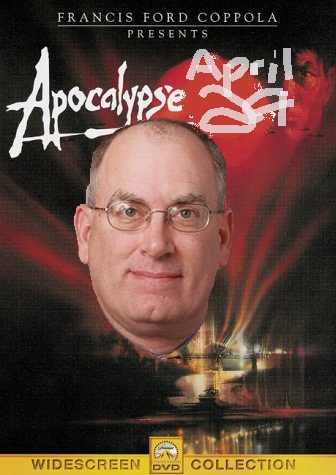 In a futile attempt to smoothly integrate Photoshop into the discussion of a 96-team NCAA Tournament, the mug you see above pasted onto an Apocalypse Now DVD cover is interm NCAA President Jim Isch. Yesterday, according to the Sports Business Journal, Isch plans to announce a decision to expand the greatest event in American sports by April 29th, meaning the end of our world may be upon us.

The decision appears to be based on whether or not the NCAA will opt out of the final three years of it's TV deal with CBS, opening the door for the worldwide leader to step in with its additional bandwidth (think about all those stations!!!) to carry this new steroid-laced tournament.

Prepare yourself, the BS is piling up so fast.