The NCAA announces expansion details we can live with

Share All sharing options for: The NCAA announces expansion details we can live with 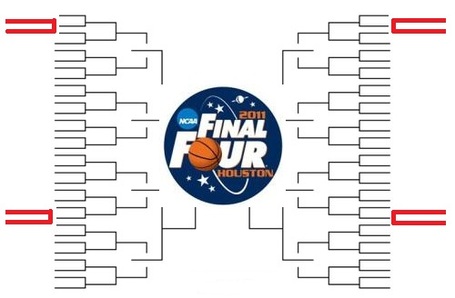 From now on if you're incessantly talking bubble teams come March, it might be time to find a new hobby.

On Monday, the NCAA announced their plan for the three-team expansion, and it brings together the two schools of thought that came out of the initial expansion announcement back in April:

We get a bit of both. Now, two #1 seeds will lick their chops for a few days following Selection Sunday as helpless directional schools get a run in Dayton, and the four "last-in" teams will silence those endless debates on the court.

As far as I'm concerned, the talk of bubble teams should really grind to a halt every championship week. With the college game currently suffering from a lack of overall breadth and depth of talent over the past decade, we are starting to hear that many of the so-called "bubble teams" are not always deserving of a tournament bid following an eye-test review. This past season, Virginia Tech, Illinois and...oh what the heck...Seton Hall were on the outside looking in. While many would say they weren't spry enough to dance, the new format implemented by the NCAA now would give these types of teams a chance to prove they are or are not better than the final two at large bids that get inclusion. To hell with letting it be completely decided by NCAA number crunchers tucked away in Indianapolis.

I have absolutely no gripe with the new tournament format. Two games in Dayton as opposed to just one might create a bit more intrigue, and a lot of arguing over who is the best out of a group of 4-6 mediocre teams will now subside a tad. For now, the greatest playoff system in all of sports has not been ruined.

Now, if only I knew where TruTv was on my cable guide.