Does it matter that Kevin Coble isn't returning to Northwestern?

Share All sharing options for: Does it matter that Kevin Coble isn't returning to Northwestern? 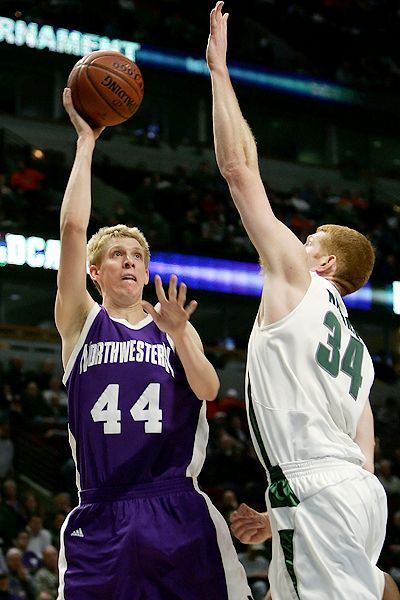 Last season was supposed to be "The Season" for the maligned Northwestern basketball program. NCAA Tournament berth-less since 1940, the Wildcats were led by the trio of Michael Thompson, John Shurna and, most importantly, Kevin Coble.

Then Coble messed up his foot, missed the entire season and Northwestern stumbled towards a 20-14 season - much to the chagrin of Michael Wilbon.

But with all the important pieces expected to come back, "The Season" was pushed back to 2010-2011, until Mr. Coble decided pop the balloon of optimism once again. Yesterday he officially said to hell with basketball, opting to graduate in December of this year and forego the stress of trying to be healthy and ready for the start of the upcoming season. On the surface, it's hurts; a severe blow to a team and a fan base that faces stiff competition in the ultra-competitive Big 10. Since his breakout sophomore season, Coble had been tagged as the savior, despite not being the clear-cut best player on his team.

As John Templon of Chicago College Basketball points out, via Rush the Court, Coble's numbers don't quite fill any gaping holes in the Wildcats' overall team statistics, so the loss shouldn't be perceived as crippling. Northwestern is an efficient offensive team - and can stroke it from deep - even without Coble's 15.5 PPG, but aren't defensive stalwarts. And on that end of the court, scouts have gone so far as to call Coble "a liability." That's a curse phrase in some basketball circles.

So take solace Northwestern fans, you finished seventh in the conference last season, and my knee jerk reaction thinks you'll jump past Minnesota and Wisconsin next season. Hope and pray Tom Crean needs at least one more season to get things in place over in Bloomington, Indiana, and you're looking at a top five Big 10 finish. It's a bit of a long shot, but there's no doubt you're still in position to dance like Franklin Delano Roosevelt just took office as U.S President.