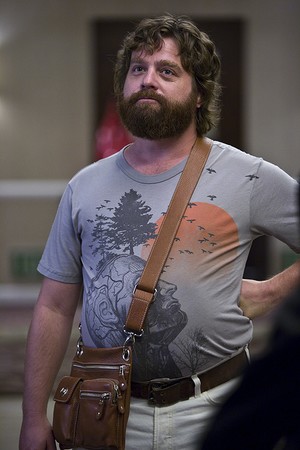 Former Seton Hall and Division I (because nobody is hiring this reject again) basketball coach Bobby Gonzalez continues to sully his name, this time for allegedly stealing a satchel from a New Jersey mall.

Hey! There's Skittles in there!

Gonzalez was apparently looking to complete a preppy-themed ensemble for the fall, as he attempted to scoop away a Polo Ralph Lauren man-purse retailing for $1400. Gonzalez's lawyer says this is all a misunderstanding, that his client had no intention of stealing the item, and all of this will soon be straightened out.

But this alleged theft is just the latest in a string of hot messes Gonzalez has found himself in. He frequently clashed with school administrators during his tenure in South Orange, was criticized by Pirate fans for building his teams around risky transfer players, and, more specifically, rained mother-F bombs on the dean of the Seton Hall School of Law before being shown the door in March. Two weeks ago, just for good measure, Gonzalez arrived uninvited at Madison Square Garden for the NBA Draft. There he proceeded to cuss out FoxSports.com's Jeff Goodman for a recently published story on the former coach.

I remember a long, long time ago when Gonzalez was coaching Manhattan, ready to pounce on a big-time coaching gig. Dick Vitale would sing his praises during every broadcast, imploring St. John's to hire him and put Big Apple basketball back on the map. Gonzalez was passed over for that job, and his four seasons at Seton Hall were mediocre at best, compiling a 195-136 record with no NCAA Tournament berths. So while there's not much of a legacy to tarnish, it's a good bet Gonzalez will be remembered for a twisted downfall that culminated in scene from something out of Mallrats meets Paul Blart.