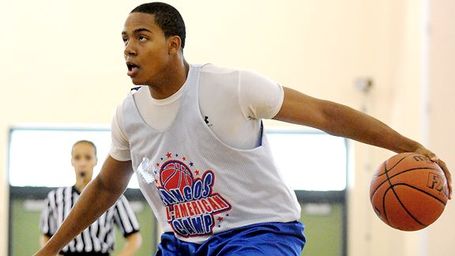 When Lute Olson stepped down as head coach of the Arizona Wildcats in 2008, he exited as the face of the program, the face of the entire university and Tucson community. Skeptics began chirping that when Sean Miller was brought in to uplift the program, he had his work cut out for him. A program that wallowed in mediocrity for nearly 80 seasons before Olson's arrival, Arizona didn't always seem like a destination for the nation's top players. The success it had over the past quarter-century seemed almost entirely attributable to that snow-white coach who didn't like to swear.

After having their impressive 25 consecutive seasons of reaching the NCAA Tournament snapped Arizona is showing signs of life, boasting the third best 2011 recruiting class, according to ESPN's latest team rankings. It may not sound like much now, but when you sift through the list, check off usual suspects like Kentucky, North Carolina, Michigan State, etc., etc. a ranking this high from a team many thought was slipping should attract attention.

Highlighted by PG Josiah Turner, the adage of "Point Guard U" is about to continue in the desert, as Miller (a former point guard himself back at Pitt) locked up a top-five quarterback-type from this year's senior class. Turner is one of those scoring point-guards. A floor leader who has no problem sharing but can also score off-the-bounce when called upon. In short, we can't wait to see him get to the college level.

"Coach Miller was on the grind," Turner told Scout.com following his commitment. "He was everywhere. He was at all of our games during the summer time. He was a point guard and just his relationship with coach Miller. He didn't send his assistants. He got it done."

With three recruits scooped up for 2011-2012 , the Wildcats currently are scheduled to enter next season with two more incoming players than available scholarships. Remember, they're currently in the middle of some self-imposed sanctions, which includes the loss of a scholarship for year. Perhaps they're planning on reigning Pac-10 Freshman of the Year, Derrick Williams, to turn pro after his sophomore campaign - or maybe they're waiting for some rift-raft to transfer. Nonetheless, there's no denying that Miller is making major improvements to his roster, and quelling any doubts that this program can't recapture the crown in a newly expanded Pac-10 Conference.