The University of Tennessee suits be hatin' on Renaldo Woolridge!

Share All sharing options for: The University of Tennessee suits be hatin' on Renaldo Woolridge! 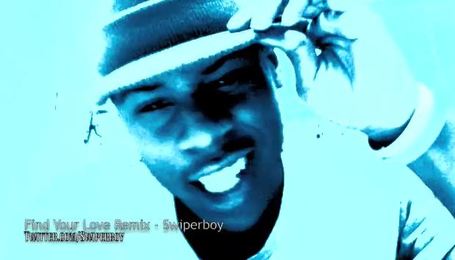 We have acknowledged the Tennessee Volunteers' Renaldo Woolridge's attempt to go platinum, or just viral (either way is fine) here before, as his alter-ego Swiperboy raps about various topics ranging from the cold-hearted Lane Kiffin to, naturally, the ladies.

Yeah we're not big fans of Wooldridge's rap game, and in an effort to squash anything and everything that sniffs non-compliance, it looks like the University of Tennessee isn't either. The school has launched an investigation to see if Woolridge was provided free use of a Knoxville bar to shoot a music video, a favor that doubles as an NCAA violation.

A report in today's Knoxville News-Sentinel alleged that Woolridge was given exclusive access to part of the Amsterdam Bar and Grill at no charge. While it's not explicitly stated in the NCAA rulebook that athletes are prohibited from renting out a bar at no charge to shoot a music video, athletes are prohibited from receiving special treatment, according to NCAA bylaw 12.1.2.1.6 per ESPN.com's Eamonn Brennan.

The whole story is funny, and likely receiving the attention it's getting because nobody can quite recall a similar type incident. It's ostensibly an unprecedented breaking of the rules!

Regardless of the latest scab on image of the Volunteers' athletic department, Rolando's father, former serviceable NBA forward Orlando, laughs at his son's amateur slip-up (here and here).