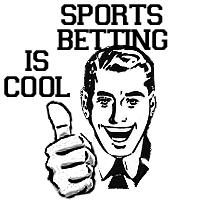 Welcome to the first edition of the SFBE Vegas Odds for the 2011-2012 season. Ryan ZumMallen will be your host, flaunting his gambling acumen and quickly breaking down the night's most important match-ups.

Ryan is a diehard Jayhawk living, writing and balling in Long Beach, CA. He writes for the Long Beach Gazette and is an occasional contributor to SLAM Magazine and other outlets.

Today we've got a full slate thanks to ESPN's annual coke (a-cola)-fueled 24 hour opening to the season, so let's jump right in.

This is a tough one, because the Tigers clearly have the advantage with talent and homecourt advantage, but the Bruins have experience and a defense that feasts on young guards. Belmont nearly shocked Duke over the weekend so Memphis won't be surprised by their ability, and with all five starters returning from last season they certainly have the firepower to win handily. Still, Belmont nearly shocked Duke in Cameron, and that shouldn't be taken lightly. The Bruins' stock is higher than it's ever been in school history and they are salivating for a signature win. Keep your eye on this one because it could have a March atmosphere.

Nine points is a hefty margin for a team missing their superstar, as Perry Jones III continues to serve a five-game suspension to start the season. Freshman Quincy Miller has stepped in nicely to pick up the scoring load, but Baylor will face a tougher foe in the Aztecs and a better defensive mind in head coach Steve Fisher. San Diego State is looking to prove that their success last season was no fluke, even if almost all of that talent is gone. And both teams are keeping their opponents under 60 points per game so this one might not swing too heavily in either direction. Expect this one to keep close, because despite the fact it's in Waco, this game means more to San Diego State than it does to Baylor.

Put aside for one second the fact that a win for the Blue Devils will make head coach Mike Krzyzewski the all-time winningest basketball coach in NCAA history. Duke squeaked out a win over a very good Belmont squad in their home opener, and Coach K will have Plumlee & Co. ready to roll on Tuesday. The Spartans, as they always do, will rebound exceptionally well and try to slow down their opponents' transition game, but Duke freshman Austin Rivers looks as good as advertised and will have an opportunity to show out in MSG. That, coupled with Michigan State's penchant for playing dreadful basketball every single November adds up to a comfortable No. 903 for Coach K.

This one should be a lot of fun to watch on both sides of the ball. Ohio State clearly has the best talent in this game with sophomores Jared Sullinger and Aaron Craft, while senior William Buford continues to fill up the scoring column. But the Buckeyes will likely do their best to stall the high-octane Florida offense. Junior guards Mike Rosario and Kenny Boynton can put up points in bunches and will launch a ton of threes, as will the rest of the Gators. Live by the three and die by the three, especially against a strong, sound defense like Ohio State's. But while the Buckeyes will probably prevail at home, 10.5 is too many points to give an explosive offense in a game that the favorite will try to slow down. A meaningless last-second three could wreck your ish, so don't bet the blowout here.

Both teams are young and extremely talented, but Kentucky has the kind of youth that won the SEC Tournament last season and Kansas has the kind that needs directions to the gymnasium. Anthony Davis and Darius Miller will give Kansas fits, and Kentucky is so deep that they have two lottery picks at point guard in Doron Lamb and Marquis Teague. Kansas stars Thomas Robinson and Tyshawn Taylor will do big things this season, but it won't be enough by a long shot on a neutral floor. The Wildcats are deeper, faster and have more firepower than the Jayhawks.