The Morning After Recap: Friday, November 18

Share All sharing options for: The Morning After Recap: Friday, November 18

November 17th will forever be known as the day the bombshell dropped. Even with the college sports community still reeling from the Penn State scandal and the atrocities we learned there, college basketball's worst nightmare literally came true on Thursday, as ANOTHER sexual abuse scandal emerged.

In the coming days, Syracuse's campus will be flooded with the same media presence that tore through State College while it was in a complete uproar, only to leave it a literal war-zone days later. Head coach Jim Boeheim was both instantaneous and overtly strong with his rebuttal, vehemently denying all accusations aimed at his longtime friend and colleague. His stance on this, a suspected molester, whether it reeks of sheer ignorance or blind optimism, might just alter the course of his career.

We were sickened by the stuff on the football side, and now we've got our own heaping pile of fresh drama on the basketball end. It takes a heck of a lot of courage to come out years later and point the finger at your abuser, but the reverberation effect, regardless of whether more kids/adults come forward or not, could stand to uproot any program in its path.

Mississippi State - With Renardo Sidney huffing and puffing his way to an 0 for 8 shooting performance, the Bulldogs finally came to the realization that Sidney's on-court value might not be as significant as we once thought. Dee Bost (yet again) was the catalyst in MSU's "upset" win over No. 18 Texas A&M with 20 points and four steals.

Georgia Tech - Tech couldn't hang with a team picked to finish 7th in the A-10 this year, at least not after blowing a halftime lead and getting trounced by 18 in the second half vs. St. Joe's. Playing in the ACC is only going to present more challenges down the road, and all eyes are on first-year head coach Brian Gregory and how his team responds to this frustrating defeat.

John Shurna, Northwestern -The third highest scoring output in college hoops this year, Shurna dropped 37 points in 40 minutes to beat LSU in the Charleston Classic. He also chipped in seven rebounds, but it was his 13 of 14 made free throws that told the whole story, as the Tigers simply could not stop him inside the lane. 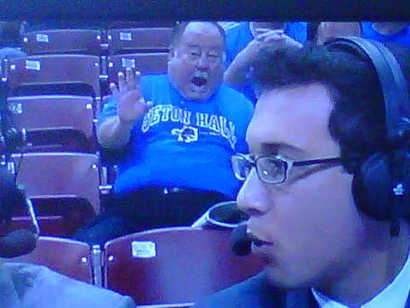