North Carolina and Kentucky: A soft opening to the NBA season

Share All sharing options for: North Carolina and Kentucky: A soft opening to the NBA season 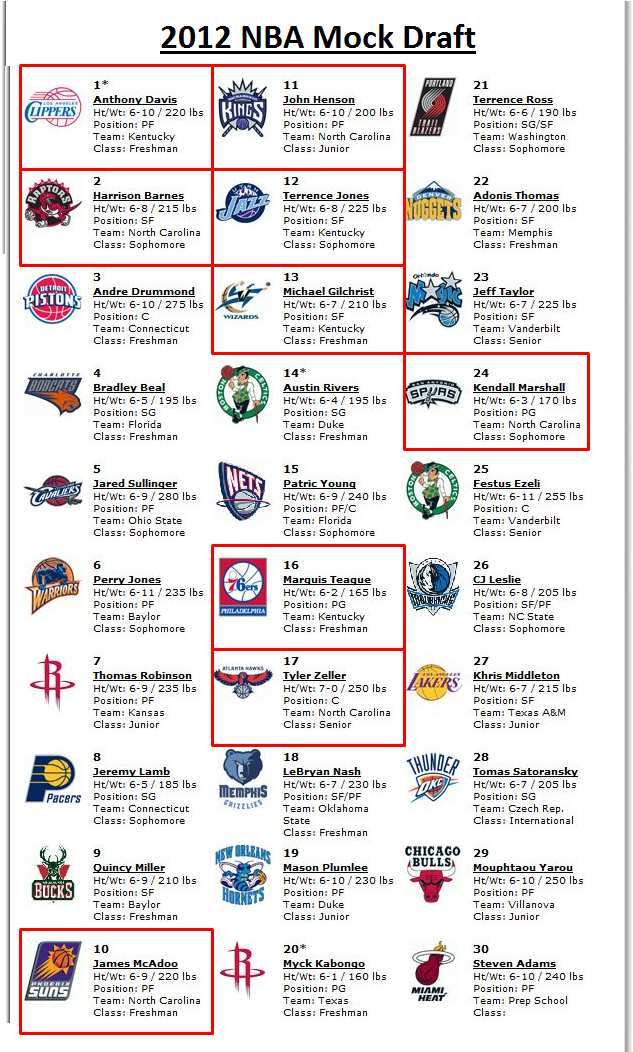 No argument needs to be made that today at noon EST, the college basketball "Game of the Year" will tip off in Lexington, Kentucky between two of the game's most storied programs.

If you're yearning for that abbreviated NBA season to commence, you can remedy that fever for now by tuning into CBS early this afternoon to get a taste of a heaping helping of future pros, many with the potential to become regular starters and perennial all-stars at the next level.

While not technically #1 vs. #2 at this very moment, North Carolina visiting Kentucky will provide one of the greatest collections of tantalizing talent in recent memory; comprising the two scariest rosters of all the 360 some-odd Division I teams.

You may have to go back a few decades to count this many future pros on a collegiate court. The 2007 NCAA Championship game between Ohio State and Florida, and 2005 title game between the Heels and Illinois come close, but neither had nine likely first round picks amongst the two rosters of the Tar Heels and Wildcats.

Of those nine, you could argue that five will be lottery picks, and seven will be taken in the top 20. Doron Lamb, Kyle Wiltjer, P.J. Hairston, Reggie Bullock, Dexter Strickland - all McDonalds All-Americans and contributing cogs in both their team's game plans - are fringe pro players and not included in the graphic to the right.

In short, there may be 14 total future pros that touch the court today.

The hype surrounding today's game is fascinating. Regardless of the outcome or who you're rooting for, this is can't miss stuff: a college basketball game in early December that will have the entire country talking and passionate fans glued to their couches.