Can These Contenders Withstand Key Injuries Down the Stretch?

Share All sharing options for: Can These Contenders Withstand Key Injuries Down the Stretch? 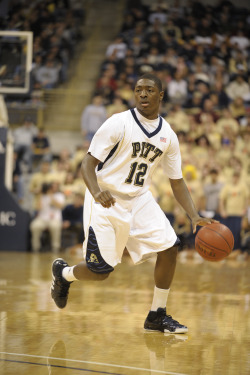 The list of injuries to key players all across the nation has multiplied in recent days. Let's take a look at which teams are best equipped to best handle the absence of their injured star, and which teams will suffer the most.

The 6'10'' swingman leads the team in minutes, rebounds/game, and assists/game recently went down on Saturday after a collision with teammate Alex Tyus. Doctors are calling Parsons' injury a 'deep thigh bruise' and he isn't expected to return to practice until Friday. Fortunately for the Gators, if their do-it-all man Chandler still isn't ready for the weekend game against the 10-15 LSU Tigers, Florida can survive without him. After Sunday, their next game isn't until Thursday, February 24 against a super-athletic Georgia team. That's the game Parsons' should be shooting for to make his return at 100% health.

As if the season couldn't get any worse for Robinson (the sophomore lost his mother in January), the 6'9'' forward came down with a partially torn meniscus over the weekend. Robinson's absence was felt strongly last night in what proved to be a highly physical game. Without the big man, Kansas was out-rebounded, and out-toughed. Robinson leads the team in FG%, is 5th in scoring, and 3rd in rebounding. The Jayhawks are a very deep, talented team, but thin in the post without Robinson. They should be able to mask Thomas's absence over the next few games (Colorado, Oklahoma State, Oklahoma), but his healthy return is crucial to Kansas making a tournament run.

Pittsburgh's dreams of getting to the Final Four hinge on the health of leading scorer Ashton Gibbs. For the short term, though, the Panthers will be just fine. Jamie Dixon has his kids playing lock-down defense (holding opponents to 61PPG) and guys like Wanamaker, Robinson, and Brown have the scoring ability to make up for the loss of Gibbs. Word from the Pitt camp is that Gibbs could have played at Villanova, but in the long run, that game was small potatoes. They want a healthy Gibbs and he could be back as early as Wednesday. Then again, it's South Florida...might be a good game to get Ashton some extra time off.

For a team that already has trouble scoring, the loss of top scorer Chris Singleton for Florida State is probably the most debilitating of any on this list. A projected lottery pick, Singleton's ability to score both inside and out made him one of the toughest match-ups in the country. The bulk of the scoring load now falls on guards MIchael Snaer and Derwin Kitchen. In addition, the Seminoles are one of the stingiest defenses in the nation. Their best defender? Chris Singleton. At 18-7 (8-3), Florida State has built up a resume that is NCAA Tournament worthy, but they will likely struggle over the next month as their star recovers from his successful foot surgery.

That turf toe is really doing a number on a couple of college basketball's brightest stars. First Kyrie Irving was sidelined, and now Corey Stokes is out indefinitely for the Wildcats. The senior averages 14.6 PPG, and is the top long range threat shooting 41% from deep. Losers of two straight, Villanova will really miss their lone consistent 3-point shooter. Their next two games are very winnable, at Seton Hall and at DePaul, but they'd better hope Stokes can make it back by the time they host Syracuse next Monday. He was a huge factor (16 points) in the Wildcats win at the Carrier Dome last month and will be sorely missed with this nagging injury.