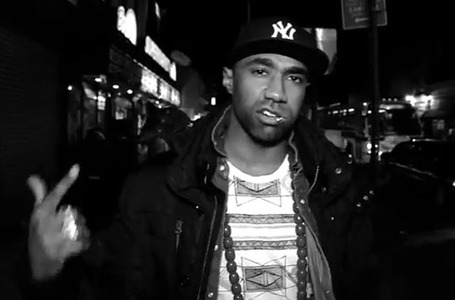 One day after Phoenix Suns CEO Rick Welts revealed to the New York Times that he's a homosexual, former Villanova Wildcats forward Will Sheridan waltzed out of the closet to the exact same tune on Monday.

In a compelling piece by ESPN.com's Dana O'Neil, Sheridan talks about how he informed teammates on his own time about his sexuality, and how minuscule of an impact the news actually had on the players around him. A 6'8" forward with the 'Cats from 2003-2007, Sheridan averaged 5.1 points and 5.5 rebounds in 133 career games. He was an especially valuable contributor at the defensive end of the floor, and was a member of three NCAA tournament teams.

Even though he made a point to inform his teammates, Sheridan did his best to keep his lifestyle under wraps in college. Villanova coach Jay Wright apparently had no clue about his sexuality during his playing days, even going as far as to call himself "oblivious" to the entire situation. But the question begs - Why now?

By waiting until his basketball career was over, Sheridan's announcement only strengthens the perception that "coming out" as a current athlete is akin to playing with fire. Teammates might have been overly accepting of his lifestyle at the time, but the same cannot be said for our society as a whole. Sheridan could have, and most likely would have faced unnerving levels of scrutiny for a kid who just wanted to come out and play a little basketball. And it's that fear alone that threatens to push other gay athletes who are still playing further and further into the depths of the proverbial closet.

Some might not view this particular story as newsworthy, and that's fine. Others might view it as a carefully conceived publicity stunt for his musical career, and that's fine too. But the fact of the matter is that Will Sheridan was a collegiate athlete who competed at the highest level, and every single one of his teammates knew about his sexuality and chose to ignore it.

Because of the ignorant level of thinking that permeates our sports culture on a daily basis, this is a man who had no choice but to bottle up his sexuality for as long as possible. And while he deserves all the credit in the world for clearing his conscience and coming to grips with his own sense of being, it's important to note that he waited roughly five years after his college days to make this news public. Until a current athlete comes forward and breaks the trend, it's hard to imagine the negative vibe surrounding gay athletes changing anytime soon.