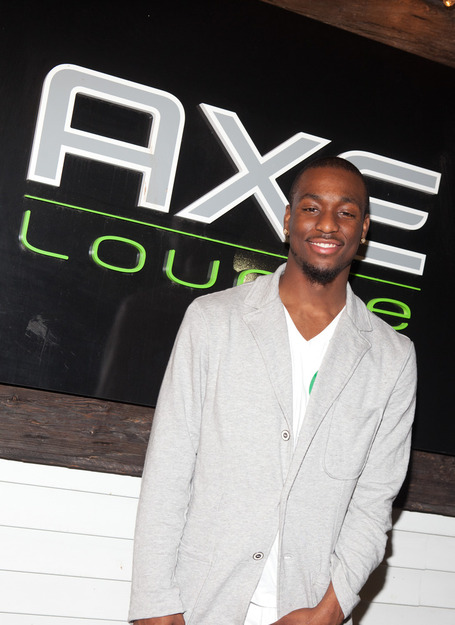 Fresh off a national championship, Kemba Walker is already a wanted commodity. Sure the Hamptons are about as hoighty toighty and stuffy an East Coast vacation spot, but there's no reason why they can't welcome in one of the more likable college basketball players of the past decade in for a weekend.

Walker, who is my bet to accrue more money in endorsement deals than all members of the 2011 NBA Draft class, was out on the tip of Long Island this weekend at the AXE Lounge (which boasts finer things like "handcrafted chandeliers, re-varnished wooden walls and fixtures, and rich chocolate banquettes") learning what it was like to be a baller AND have money to blow. Jim Calhoun was reportedly nowhere to be seen.

Walker seemed to slow play his night out, drinking casually and being followed around by this guy, who probably was just thrilled to have an reason to venture into a place like the AXE Lounge.