So...it looks like I am about to actually "find" Billy Edelin 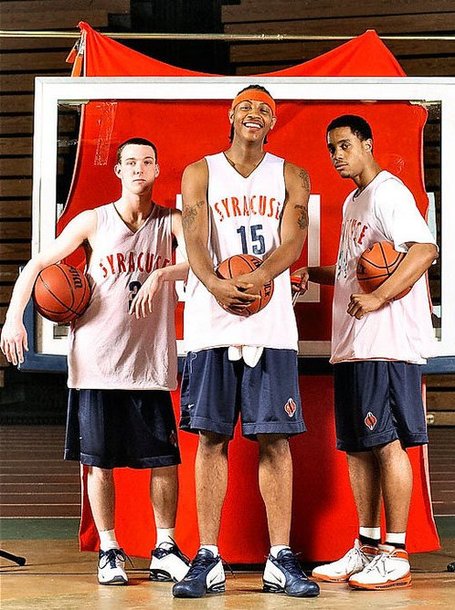 Last night, after a few months of long-winded conversations with the always cordial and likeable William Edelin Sr. - who, two years after first hearing about SFBE, finally decided to reach out to me to see what my deal was  - his eldest son gave me a call to see how a meet and greet could be a mutually beneficial occasion.

To the surprise of nobody, we naturally hit it off. This was a fluid conversation, not an awkward one, and sometime this fall I am scheduled to take a trip to upstate New York to meet Billy and come back with a comprehensive story on what the former Syracuse guard is up to, roughly eight years after his college career abruptly came to an end.

No weekend has been officially set, but it will be sooner rather than later, and I promise you my due diligence to paint a picture that shows just how nice a guy he is, and the hard work he puts into sharing his passion and knowledge of the game of basketball with the next generation of top flight prep players up in Onondaga County.