Addition by subtraction in the case of Utah's Josh "Jiggy" Watkins

Share All sharing options for: Addition by subtraction in the case of Utah's Josh "Jiggy" Watkins 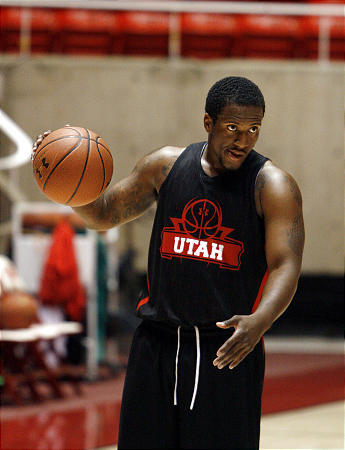 It's unknown what the cause was, exactly, but slowly we're learning (at least the seven people that still care are learning) that Watkins slept through classes, skipped classes, and was late for practice.

Just why head coach Larry Krystkowiak would boot his team's leading scorer may seem baffling, but clearly some things are more important than 15.6 points per game, and amen for that.

Over the weekend, while much of the West Coast prepared themselves for a far more entertaining battle between New Mexico - UNLV, the Utes were adjusting nicely to life without Watkins, picking up their second conference victory over Arizona State.

The Sun Devils have problems of their own, sure, but it was a step in the right direction for Utah. Remember, the Utes are in the unenviable position as the front-runner for worst BCS conference team this season. They've lost five games by 25 points or more, and are 336th in the country in scoring.

They stink, but losing "Jiggy", as Watkins goes by, could be a blessing for this young team that is desperate for direction under a first year head coach.

Watkins was first in the country in possession percentage, but took an average of 14 shots a game and was only a 42 eFG shooter. So, in addition to maturity and selfishness issues off the court, you could argue that Watkins demonstrated that same type of behavior on the court.

Looking to do their best addition by subtraction, the Utes have rid themselves of a senior who was stunting their growth. Now you have a rotation that's entirely comprised of players returning for the 2012-1013 season. They sort of get an elongated pre-season to gel around a nice core of current juniors and ensure everyone on the roster is on board.

We'll leave them alone for the remainder of this season, but Krystkowiak's demeanor paired with his confidence in getting rid of Watkins shows he may have something here.