The Morning After Recap: Sunday, January 8

Share All sharing options for: The Morning After Recap: Sunday, January 8

If there's one thing that we see more of now that conference schedules are underway, it's unpredictability. Home-court advantages act to level the playing field for programs that traditionally don't compete for league titles, and there's nothing quite like watching fans from a downtrodden school engulf the court after a huge upset of a top-ranked visitor.

It's often said that we won't know exactly how good a certain team is until it starts to play away from the confines of its own gym, and there's a lot of truth to that. So while it's important to acknowledge all the winners and losers from the previous day, often times it's the location of the game that has the biggest correlation with the outcome. In a nutshell, home teams are good, but we can learn much, much more about the guys on the road.

* Louisville's Kyle Kuric: "Teams are forcing us to a half-court offense." (Lexington Courier-Journal)

* Insane: Stanford comes out ahead in 4OT thriller with Oregon State (Corvallis Gazette-Times)

* Coach K on Seth Curry: "He showed that experience of not letting his shot dictate how he was going to play." (Durham Herald-Sun)

* No. 1 Syracuse looks the part, holds Marquette to 19 first half points (Nunes Magician)

* The one where Wake Forest wins (Blogger So Dear)

Kansas State - Further reinforcing Manhattan as one of the most brutal locales in college hoops, Frank Martin's Wildcats stomped all over previously-unbeaten Missouri in a Big 12 shocker. K-State opened the game with a shrewd punch to the Tigers' gut early, took a 19-point lead to the break and never had a good reason to look back.

Connecticut - The defending champs are off to a troubling start in Big East play. First it was Seton Hall that got the better of Jim Calhoun's team for loss number one, and the latest was Rutgers on Saturday who managed to dish out UConn's second conference defeat after just four games. Dropping two road contests, against less-than-desirable competition no less, is a bad sign for this team with such a daunting slate ahead.

Doug McDermott-Creighton - Is it time for a Jimmer-like rise to prominence? How else can we fathom Saturday's 44-point outburst on 18-of-23 shot attempts? Like it or not, McDermott just had that game, and appears entrenched as a viable national player of the year contender. Now he just needs a cool nickname to get the craze started.

18:26 - Amount of time it took Missouri to score a field goal in the paint against Kansas State. 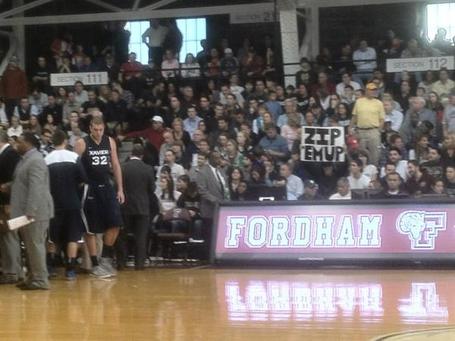