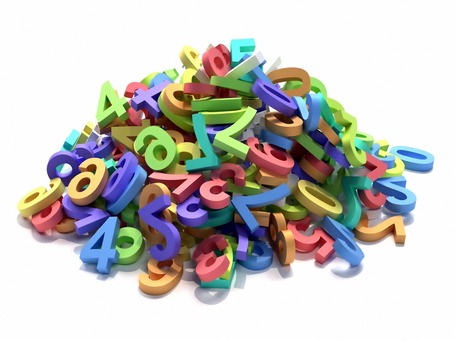 On Saturday ESPN unveiled its new Basketball Points Index (BPI), a brand new way of evaluating college basketball teams that draws on a handful of well-known statistics. Born on the logic behind RPI, Sagarin, and KenPom, ESPN proudly boasts that BPI is currently the single most accurate way of ranking squads available. Whether that is actually true or not remains to be seen. What is clear, though, is how impressed ESPN is with its own creation. And considering the amount of research that likely went into this project, they probably should be.

But what the heck is this thing? Do we even need another ranking system? And what does this all mean for Ken Pomeroy's path towards eventual hoops domination? Many, many thoughts after the jump...

*A new ranking system for all college hoops teams, 1 to 344. It differs from RPI in that pace-adjusted scoring margin matters and strength of schedule gets a slight overhaul. It differs from KenPom by diminishing heavy blowouts and adjusting for games when key players are missing from the lineup.

*The next logical step from the network's many weary-eyed back room number crunchers, likely paced by ESPN's gradual shift towards advanced stats on all levels.

*Smart. As much of a treasure trove of information as Ken Pomeroy's site might be, it is relatively small-time when you think of ESPN's massive global reach. Any ranking system that ESPN creates has the potential to be forced down the throats of millions upon millions of unsuspecting TV or web viewers. In a sense, this cannot fail.

*A major breakthrough in the world of basketball analysis. This is merely another attempt at digesting the numbers that are readily available, with a few minor tweaks on the back end to differentiate from peers.

*A good way to get the common fan hooked on in-depth numbers. The BPI and KenPom rankings each vary significantly from polls, and poll rankings are the main resources the common fan is usually fixated on. And because the BPI weighs a lot of factors that some people's eyes might not necessarily agree with, traditional fans aren't going to go nuts over seeing Saint Louis at No. 10 and Wichita State at No. 11 in a ranking system that boasts itself to be the best around. Right or wrong, many will have a serious issue with stuff that, and it's a big reason why Pomeroy himself draws so much ire from angry fans who can't believe their power conference team is ranked below a more efficient mid-major.

*A clever way for ESPN to enter the world of tempo-free hoops, and effectively dismiss, or one-up if you will, all other, more established ranking systems across the sport. Even though the network never really acknowledged the existence of Ken Pomeroy or Jeff Sagarin before, this feels like a way for ESPN to skip to the front of the line and act like its been there all along. Then again, when you're this powerful, it's hard not to make it appear that way.

*Overkill? I'm interested to know if we'll be treated to BPI abuse on the ESPN family of networks over the next month. It seems obvious that these ratings will pop up for any team vs. team resume breakdowns and other similar graphical overlays, but is this now the end-all statistic from ESPN's anchors on television? Are they going to push it as such? Basically, is ESPN going to act like it re-invented the wheel AND make a concerted effort to tell us that it reinvented the wheel?

*As John Templon of Big Apple Buckets astutely pointed out, the initial batch of BPI rankings had a 0.989 correlation rate with Ken Pomeroy's rankings. He found exactly 119 teams within five places in the BPI vs. KenPom comparison, which is a tad bothersome knowing how different KenPom's rankings can be from both the polls and the public's perception. To some, this is a little too close for comfort. It was easy to dismiss the BPI as an updated KenPom with new packaging at first, but the fact that they are so similar is probably going to rub KenPom diehards the wrong way.

*Adjusting the numbers to account for key absences just seems like it would have problem areas, mainly because it assesses "key" player status based on minutes played, and not something along the lines of ORating. While ESPN assures that the adjustment is small (85% of the value), that doesn't mean it becomes any more accurate. For example, last season, as arguably one of the most efficient players in the country, Kansas' Thomas Robinson probably didn't fit the criteria as a key player. But take out Markieff Morris for a random injury for a game, a guy who would be a key player, and it's conceivable that Robinson's ascension into the starting lineup would make Kansas a better basketball team on that day. But as far as the BPI is concerned, the Jayhawks were less than full strength without Morris and that's how it will be recorded. Now imagine stuff like that on a small scale in every conference across college basketball. Once you start to account for extraneous variables such as injuries, and you allow it to happen in every game you evaluate, those oh-so-small 15% adjustments start to add up.

Like it or not, ESPN made a valiant move to stake its claim atop the tempo-free hoops world with this new creation. Whether the masses agree and eventually help to solidify that place is a question of preference, time, and eventually accuracy (how, though, is yet to be determined). It's safe to say that we'll hear all about BPI in the coming weeks, and in some ways that's not necessarily a bad thing. The shift it represents in the sports world, from a knowledge standpoint, is nice to see. Even if the end result hardly makes this advanced level of insight appear more accurate than what was already out there, it's clear that a great deal of time went into making this happen.

QBR was pretty much booed off the stage by football fans throughout the fall. Will college hoopsters do the same for BPI this March? Only time will tell. Until then, I'm heading over to KenPom.