Kelsey Barlow and D.J Byrd got after it Thursday night

Share All sharing options for: Kelsey Barlow and D.J Byrd got after it Thursday night 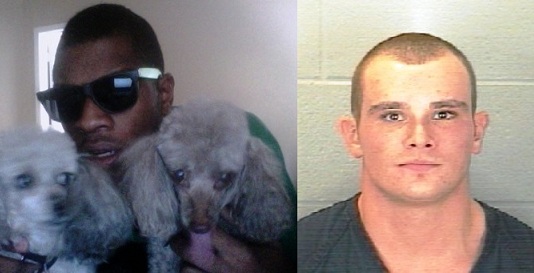 What's the most effective way to turn your NCAA Tournament bubble team in to an NIT Tournament team? It might be to guzzle down Thursday drink specials at your finest off-campus watering hole to the point of creating a "disturbance".

Serving $3 18 oz bottles and well drinks to thirsty undergrads, Where Else Bar was the scene of multiple incidents last night, both which may have significantly altered the course of the 2011-2012 Purdue Boilermakers.

Kelsey Barlow has been dismissed from the team for unspecified reasons stemming from an incident at the bar, and D.J. Byrd was arrested on public intoxication charges.

At this moment, reports suggest that Barlow and Byrd were not acting as partners in crime. Instead it sounds like two separate incidents occurred in or nearby Where Else, as Barlow allegedly left his wallet at the bar and tried to walk back in to retrieve it, while Byrd was elsewhere drawing unnecessary attention to himself.

SB Nation's resident Purdue blog, Hammer and Rails, has got you covered on Barlow's past, which has been rocky to say the least, but exclaims that the absence of Byrd for Saturday's game against Michigan State and Barlow for the rest of the year shouldn't entirely cripple the Boilermakers chances to finish the regular season out on a high note.

But with that game against the Spartans paired with looming trips to Ann Arbor and Bloomington, I sort of disagree with their optimism. While Barlow and Byrd are only the team's fourth and fifth leading scorers, respectively, the enigmatic junior guard served as Matt Painter's top defensive player, meaning the team's new perimeter "lock down" guy may have to become Lewis Jackson.

Currently projected between and eight and 10 seed in the field of 68, this team is now spread thin, and some players may be asked to take on more than what their skill set can handle.

It doesn't look good at this moment, so here's to hoping this serves as a rallying cry for the team and a chance for Robbie Hummel to make magic into March as a parting gift to his fans.