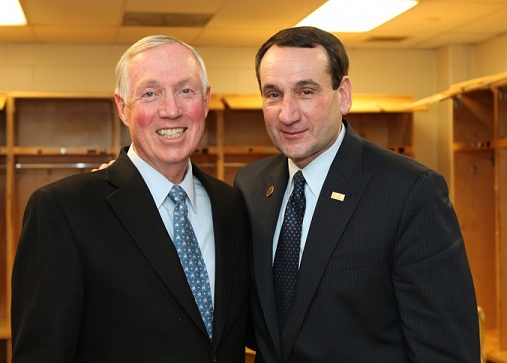 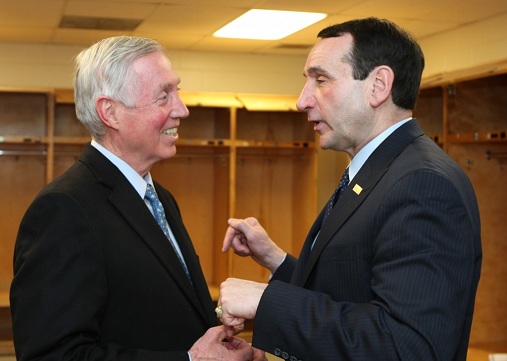 Many outside of New England don't know who York is, but he's arguably the most prominent and successful college hockey coach of all-time. Someone that could be called, well, the Coach K of college hockey.

York has won four National Championships in his career, three with the Eagles since taking the job in 1994. His 900th victory put him 23 wins behind Krzyzewski following Duke's 75-50 win yesterday in Conte Forum.

The pictures below show that these two probably spent a few minutes being incredibly complimentary and cordial with each other before going their seperate ways. Nonetheless it's neat to see them cross paths.

Be it known that if these two schools were to face off on the ice, there would be a drastic shift in power. We'd be feeling quite sorry for the Blue Devils.